Alpha 77Sx Wattmeter Module
While discussing the purchase of my 77Sx with the previous owner he told me the wattmeter module was not working and had been removed from the amp.  He also told me he would send it along with the amp.  I intended to repair it and put it back in.  Well, the module was NOT with the amp when it arrived and the Deadbeat Son of a Bitch never sent it.

What to do?  I called Alpha and Dick Byrd to see if they had a module I could purchase.  No joy.  Can you believe nobody stocks new wattmeter modules for 77s?  HI HI    I also posted a message on the ETO/Alpha Amp reflector asking if there was one around anywhere.  I got a response from Tom, N0SS asking what happened to the one in the amp and why I needed to replace it.  I explained the situation to him and said I was going to etch a new board if I could not find one.  He said he frequently etched PC boards and was set up to do it.  I had already removed the module from my other 77 and had begun to make drawing to use in etching a board.  Here are some pictures of the project from beginning to end.  If anyone should ever need a PC board I've got several spares.  Just email me.
Click on thumbnail for larger picture. 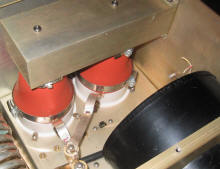 Amp without wattmeter module.  Notice the two wires behind the blower. 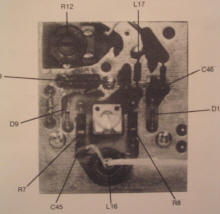 Picture of the module in the manual 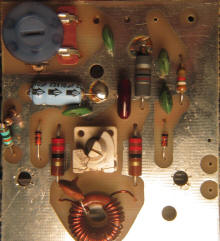 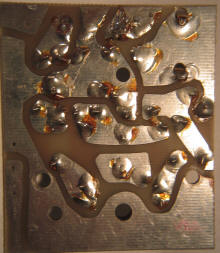 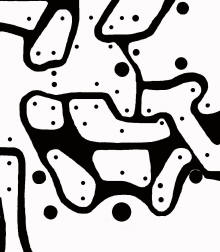 Rear trace drawing.  From original board 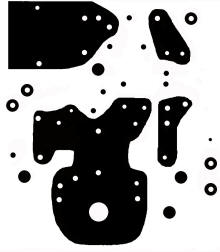 Front trace drawing.  From original board 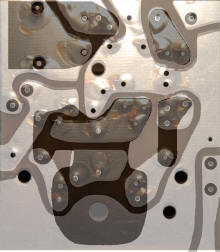 Trace drawing overlaid with picture of original board 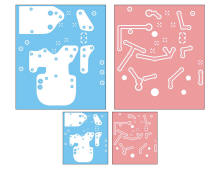 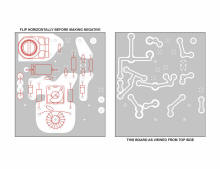 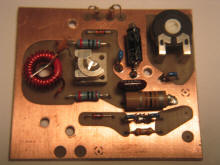 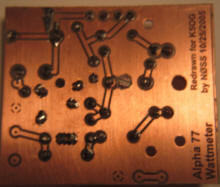 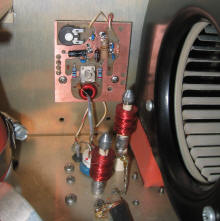 New module installed in 77Sx.  It works great and calibration is within 5% of my Bird 43